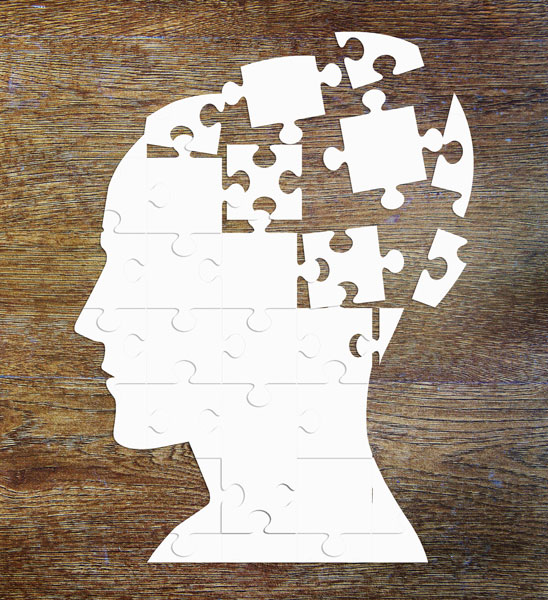 For most of the 20th century, therapists in America agreed on a single truth. To cure patients, it was necessary to explore and talk through the origins of their problems. In other words, they had to come to terms with the past to move forward in the present.

Thousands of hours and countless dollars were spent in this pursuit. Therapists listened diligently as their patients recounted elaborate narratives of family dysfunction — the alcoholic father, the mother too absorbed in her own unhappiness to attend to her children’s needs — certain that this process would ultimately produce relief.

But returning to the past has fallen out of fashion among mental health professionals over the last 15 years. Research has convinced many therapists that understanding the past is not required for healing.

“Average consumers who walk into psychotherapy expect to be discussing their childhood and blaming their parents for contemporary problems, but that’s just not true any more,” said John C. Norcross, a psychology professor at the University of Scranton in Pennsylvania.

Professor Norcross has surveyed American psychologists in an effort to figure out what is going on behind their closed doors.

Over the last 20 years, he has documented a radical shift. Psychotherapeutic techniques like psychoanalysis and psychodynamic therapy, which deal with emotional conflict and are based on the idea that the exploration of past trauma is critical to healing, have been totally eclipsed by cognitive behavioral approaches.

That relatively new school holds that reviewing the past is not only unnecessary to healing, but can be counterproductive.

Professor Norcross says he believes that cognitive behavioral therapy is the most widely practiced approach in America.

The method, known as C.B.T., was introduced in the late 1960’s by Dr. Aaron T. Beck. The underlying theory says it is not important for patients to return to the origins of their problems, but instead to correct their current “cognitive distortions,” errors in perception that lead them to the conclusion that life is hopeless or that everyday activity is unmanageable.

For example, when confronted with severely depressed patients, cognitive behavioral therapists will not ask about childhoods, but will work with them to identify the corrosive underlying assumptions that frame their psychic reality and lead them to feel bad about themselves. Then, systematically, patients learn to retrain their thinking.

The therapy dwells exclusively in the present. Unlike traditional psychoanalytic or psychodynamic therapy, it does not typically require a long course of treatment, usually 10 to 15 sessions.

When cognitive therapy was introduced, it met significant resistance to the notion that people could be cured without understanding the sources of the problems. Many therapists said that without working through the underlying problems change would be superficial and that the basic problems would simply express themselves in other ways.

Cognitive advocates convinced colleagues by using a tool that had not been systematically used in mental health, randomized controlled clinical trials.

Although randomized controlled trials are the gold standard of scientific research, for most of the 20th century such research was not used to test the effectiveness of psychotherapeutic methods, in part because psychoanalysis, at the time the most popular form of talk therapy, was actively hostile to empirical validation. When research was conducted, it was generally as surveys rather than as randomized studies.
Cognitive behavioral researchers carried out hundreds of studies, and that research eventually convinced the two most important mental health gatekeepers — universities and insurance companies. Now the transformation is more or less complete.

“There’s been a total changing of the guard in psychology and psychiatry departments,” said Dr. Drew Westen, a psychodynamically oriented therapist who teaches at Emory University. “Virtually no psychodynamic faculty are ever hired anymore. I can name maybe two in the last 10 years.”

Insurance companies likewise often prefer consumers to select cognitive behavioral therapists, rather than psychodynamically oriented practitioners. In the companies’ view, scientific studies have shown that cognitive therapy can produce results in less than half the time of traditional therapies.

But is it really the case that understanding the past is not necessary to healing? Could thousands of people have saved time and money by skipping over conversations about parents and cutting straight to retraining their thoughts and behaviors?

Richard J. McNally, a professor of psychology at Harvard, said reviewing the past could be therapeutically important because it could help patients construct narratives of cause and effect.

He pointed to cases of panic disorder. Many people have panic attacks, but a small percentage develop full-blown panic disorder, he said. Those who do not can usually find a rational explanation for their disturbing experience.

“They say, ‘That’s because I am about to take a midterm exam or I had too much coffee this morning,’ explanations that de-catastrophize the bodily symptoms,” Professor McNally said.

The rationalizations are effective, he said, even when the explanation is not correct. Merely asserting a logical sequence of cause and effect lets people feel that they have some control, that they are not victims of unexplained forces.

In the same way, people who experience depression can benefit from an explanation for their feelings, an interpretation that allows them to feel that they are able, based on their understanding of the cause, to predict and control their emotions. This is a function of therapies that focus on the past, Professor McNally said.

“Detailed narratives about the past can be assumed under a larger rubric of trying to find meaning or trying to impose order, and thereby controlling one’s world and experience,” he said. “People say, ‘At least I know why I’m unhappy in life.’ ”

The basic assertion that it is not absolutely necessary to review the past is now generally accepted. Even Professor Norcross, who says he regularly guides patients to the past when it is warranted, acknowledges that the data are not entirely solid.

“At the moment,” he said, “there is no evidence that understanding the origins of your problems is necessary for effective psychotherapy. And there is some evidence that a preoccupation with the past can actually interfere with making changes in the present.”

“Obsessive rumination about past events can trap patients in a self-defeating cycle from which they cannot extricate themselves. It can actually retard healing.”

Correction: February 23, 2006, Thursday An article in Science Times on Feb. 14 about a growing belief among psychotherapists that revisiting one’s past is not essential for emotional healing referred imprecisely to the origins of a form of therapy that focuses on the present. The technique, cognitive behavioral therapy, was introduced by Aaron T. Beck and Albert Ellis, not by Dr. Beck alone.